Organizer: The Institute of East Asian Studies (IEAS) at UC Berkeley promotes teaching and research on East and Southeast Asia in all disciplines and professional programs. The Institute and its regional centers sponsor a wide variety of activities including academic seminars and colloquia series, public lectures, cultural events, and other programs with the mission to foster interaction and facilitate deeper understanding among the academic, business, and professional communities on issues concerning the Asia-Pacific region.

Back to Institutional Research Projects

Back to Program Page 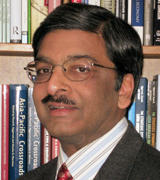 Vinod “Vinnie” Aggarwal is Travers Family Senior Faculty Fellow and Professor in the Travers Department of Political Science, Affiliated Professor at the Haas School of Business, and Director of the Berkeley Asia Pacific Economic Cooperation Study Center (BASC) at the University of California at Berkeley. He is also Editor-in-Chief of the journal Business and Politics. He has held fellowships from the Brookings Institution, Rockefeller Foundation, Council on Foreign Relations, East-West Center, Woodrow Wilson International Center for Scholars, the Japan Foundation as an Abe Fellow. He is also an elected lifetime member of the Council on Foreign Relations.

Professor Aggarwal consults regularly with multinational corporations on strategy, trade policy, and international negotiations. He has also been a consultant to various government agencies and international organizations. In 1997, he won the Cheit Outstanding Teaching Award at the Haas School of Business for Ph.D. teaching; in 2003 he was first runner up for the Cheit Award for MBA teaching and won first place for the MBA program in 2005.

Dr. Aggarwal has authored or edited 21 book; his latest is Responding to the Rise of China. He has also published over 120 articles and book chapters. His current research examines comparative regionalism, industrial policy in cybersecurity, disaster management, and the political economy of great power competition. Dr. Aggarwal received his B.A. from the University of Michigan and his M.A. and Ph.D. from Stanford University. Born in Seattle, Washington, he speaks five languages. 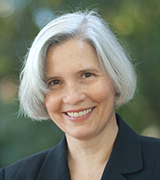 Shelley Rigger is the Brown Professor of East Asian Politics at Davidson College. She has a PhD in Government from Harvard University and a BA in Public and International Affairs from Princeton University. She has been a visiting researcher at National Chengchi University in Taiwan (2005) and a visiting professor at Fudan University (2006) and Shanghai Jiaotong University (2013 & 2015). She is a non-resident fellow of the China Policy Institute at Nottingham University and a senior fellow of the Foreign Policy Research Institute (FPRI). She is also a director of The Taiwan Fund, a closed-end investment fund specializing in Taiwan-listed companies. Rigger is the author of two books on Taiwan’s domestic politics, Politics in Taiwan: Voting for Democracy (Routledge 1999) and From Opposition to Power: Taiwan’s Democratic Progressive Party (Lynne Rienner Publishers 2001). In 2011 she published Why Taiwan Matters: Small Island, Global Powerhouse, a book for general readers. She has published articles on Taiwan’s domestic politics, the national identity issue in Taiwan-China relations and related topics. Her monograph, “Taiwan’s Rising Rationalism: Generations, Politics and ‘Taiwan Nationalism’” was published by the East West Center in Washington in November 2006. She is currently a Fulbright Senior Scholar based in Taipei and Shanghai, where she is working on a study of Taiwan’s contributions to the PRC’s economic take-off and a study of Taiwanese youth. 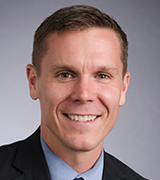 Jude Blanchette holds the Freeman Chair in China Studies at the Center for Strategic and International Studies (CSIS). Previously, he was engagement director at The Conference Board’s China Center for Economics and Business in Beijing, where he researched China’s political environment with a focus on the workings of the Communist Party of China and its impact on foreign companies and investors. Prior to working at The Conference Board, Blanchette was the assistant director of the 21st Century China Center at the University of California, San Diego.

Blanchette has written for a range of publications, including Foreign Affairs and Foreign Policy, and his Chinese translations have appeared in the Wall Street Journal and the Financial Times. His book, China’s New Red Guards: The Return of Radicalism and the Rebirth of Mao Zedong, was published by Oxford University Press in 2019.

Blanchette is a public intellectual fellow at the National Committee on United States-China Relations and serves on the board of the American Mandarin Society. He is also a senior advisor at Crumpton Group, a geopolitical risk advisory based in Arlington, Virginia. He holds an M.A. in modern Chinese studies from the University of Oxford and a B.A. in economics from Loyola University in Maryland.