The Japanese Family in the Early Modern Period 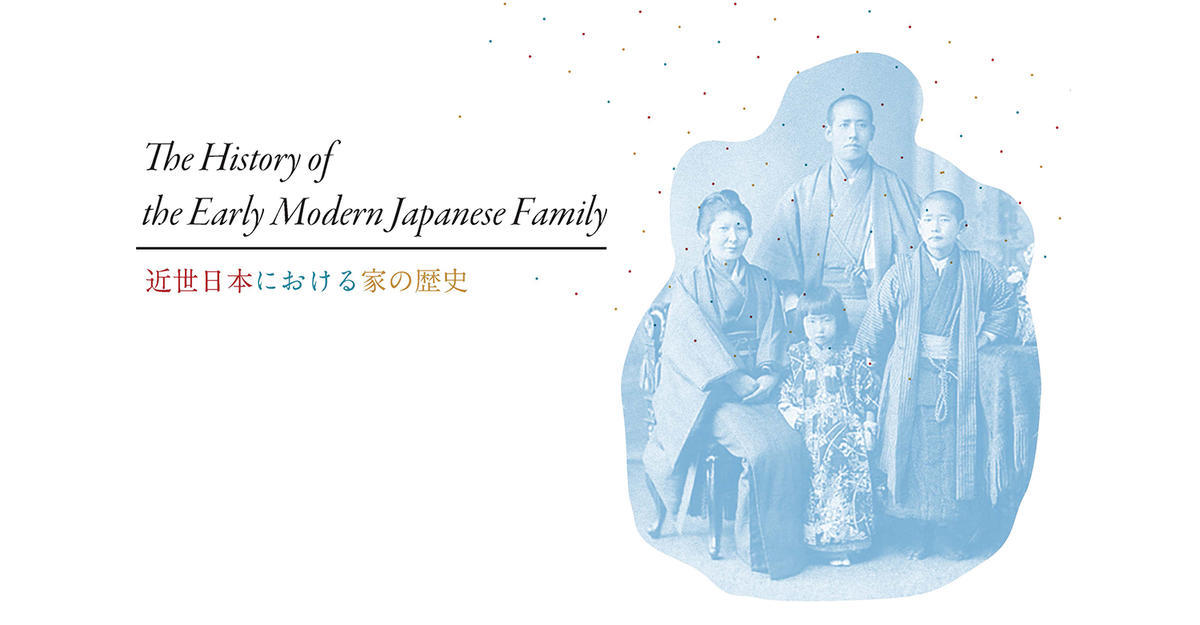 Back to CJS Conference Archive

The Institute of East Asian Studies at UC Berkeley, the Doreen B. Townsend Center for the Humanities, the Japan Foundation, and the Association for Asian Studies.

Professors Mary Elizabeth Berry of the University of California, Berkeley and Marcia Yonemoto of the University of Colorado Boulder are organizing an international, interdisciplinary conference on the history of the early modern Japanese family to take place at UC Berkeley September 26-28, 2014. The importance of the family and the family system in early modern Japan is incontestable, and considerable research, largely centered in the social sciences, was done on the subject between the 1970s and 1990s. But the humanistic dimensions of the family have seldom been examined in a sustained and focused way, and the subject in general has not received a great deal of scholarly attention in recent years. This conference will bring together thirteen leading scholars of early modern Japanese history and literature, who will present and discuss papers on key aspects of the construction, development, maintenance, and representation of the family in general, and of specific families in particular.

After the conclusion of the conference, we plan to revise and then publish the papers as essays in a conference volume to make our research available to a larger audience.

Marcia Yonemoto, University of Colorado Boulder
Ties that Bind: In-Marrying Husbands (muko yōshi) and the Perpetuation of Early Modern Daimyo Families
Anne Walthall, University of California, Irvine
On the Margins of Family Life: Temporary residents in Hirata Atsutane’s household
Fabian Drixler, Yale University
Imagined Communities of the Dead, the Living, and the Yet to Be Born

After the conclusion of the conference, we plan to revise and then publish the papers as essays in a conference volume to make our research available to a larger audience.

--Focuses on the ways in which fictional revenge literature in the early modern period facilitated and revealed different popular imaginations of the household.

Paper title: “Managing a Family Fortune: Value and Practice in the Expansion of the Mitsui House”

--Focuses on a prominent early modern merchant house to explore the management of wealth and the connection between work and family.

Paper title: “A Japanese Puzzle in the History of Contraception”

--Focuses on the barriers to the spread of effective contraception from prostitution into marriage, which are suggestive about the role of sexual propriety in marital relations.

Paper title: “The ‘Inside Story’ on Samurai Households:  Records of Women in ‘Family-use’ Lineages”

--Focuses on the role of women in samurai houses serving the Yamauchi daimyo by analyzing the differences between lineages submitted to the daimyo, and lineages created for use within a related group of samurai families.

Paper title: “Between the City and the Countryside: The Long-Distance Family in Early Modern Japan”

--Focuses on how nineteenth-century families in Kanto and Kansai managed long-distance households, and how distance altered the balance of power between men and women as well as between parents and children.

--Focuses on the household of nativist scholar Hirata Atsutane as a case study of the permeability of family boundaries.

--Focuses on the widespread, strategic use of adoption and marriage among daimyo families in the form of marrying in adopted heirs as husbands for daughters, and its effect on gender and family relations inside and outside of the family itself.

The Doreen B. Townsend Center for the Humanities

Stephens Hall is located in the central part of the campus near Sather Tower (the clock tower). It is a cream-colored stucco building with a large arched breezeway in its center.

From the south entrance at Telegraph Avenue, proceed across the plaza to Sather Gate and turn right, walking up the hill past Wheeler Hall and South Hall. Stephens Hall is on your right, directly south of the clock tower. Once you are in in the breezeway of Stephens Hall, take the door on the right, walk through the hallway, and exit to the terrace; walk across the terrace to the Center’s entrance.