The Maruyama Lectures are named in honor of the late Maruyama Masao (1914-96), historian of East Asian political thought and one of the most influential political thinkers in twentieth-century Japan. Sponsored by the Center for Japanese Studies, the series brings to the university important scholars and thinkers who will offer reflections on the problem of political engagement and responsibility in modern times, which was the central and overriding concern in Maruyama's work. This series is supported by a grant from the Konishi Foundation for International Exchange, Tokyo. The proceedings of the Maruyama Lectures are published in the CJS Occasional Papers series.

Over a public life of nearly five decades, Maruyama Masao (1914-96) strove to imagine and realize Japanese modernity in which democratization — of politics, of society, and of culture — remained a moral imperative and overriding aim. His scholarship won him membership in the Japan Academy (1977), honorary doctorates from Harvard and Princeton, literary prizes including the Mainichi (1953), Osaragi (1976), and Asahi (1986), and the Distinguished Service Citation of the Association for Asian Studies (1993). 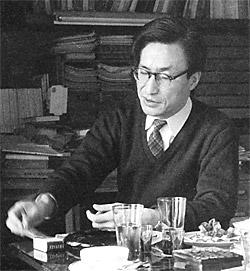 At age nine, Maruyama witnessed the Great Kantô earthquake of 1923; his first written work describes that massive upheaval and its consequences. Educated at Tokyo Imperial University, he remained there for his entire career. Maruyama's intellectual maturation coincided with the final, harrowing crisis of the Japanese empire; his historical vocation consisted of an attempt to grapple with the deeper intellectual and psychological causes of the tragedy of imperial Japan.

Maruyama's major works, Studies in the Intellectual History of Tokugawa Japan (1952), Japanese Thought (1961), and Thought and Behaviour in Modern Japanese Politics (1969), treat the role of nature and invention in Tokugawa political thought, the psychological mechanisms of ultranationalism and "Japanese fascism," and the basic structures of Japanese historical, political, and ethical thought. His analyses entered deeply not only into scholarship in and on Japan, but into political thought and action as well.