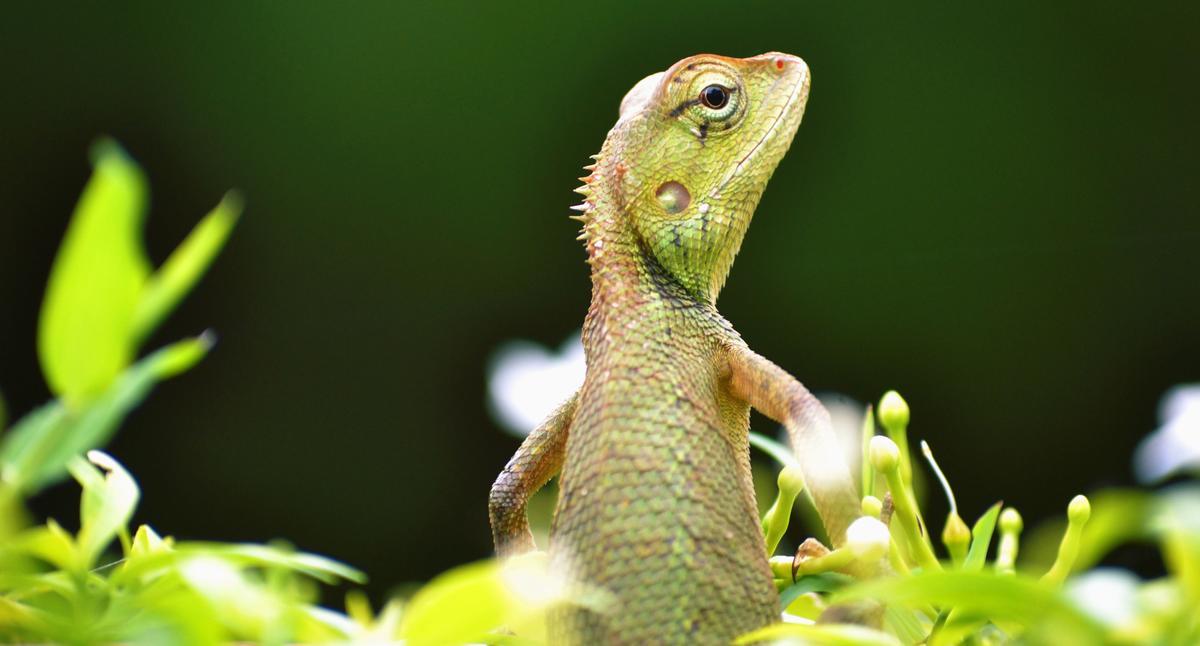 As a cross-institutional network led by the eight current and recent Title VI National Resource Centers (NRCs) on Southeast Asia, GETSEA will work to expand the collaborative infrastructure between the centers of Southeast Asian studies, including a virtual speaker series, specialized online mini-courses, a mentoring network, professional development workshops for graduate students, and the creation of a framework for shared language instruction.

Prof. Nancy Lee Peluso is the new Chair of the Center for Southeast Asia Studies, following Prof. Aihwa Ong who served as interim chair for 2019-20. Prof. Peluso will serve as CSEAS Chair until June 30, 2024.

Nancy Lee Peluso is Professor of Environmental Science, Policy & Management in the College of Natural Resources at UC Berkeley. She received her Ph.D. from Cornell University. Her research focuses on resource policy and politics and forest and agrarian change in Indonesia. She is the author of Rich Forests, Poor People: Resource Control and Resistance in Java (UC Press, 1992).  She is co-editor, with Christian Lund, of New Frontiers of Land Control (Taylor and Francis, 2012); with Christine Padoch, of Borneo in Transition: People, Forests, Conservation, and Development, revised edition (Oxford University Press, 2003); and, with Michael Watts, of Violent Environments (Cornell University Press, 2001). Another edited volume, Taking Southeast Asia to Market: Commodities, People and Nature in a Neoliberal Age (Cornell University Press, 2008), edited with Joseph Nevins, developed out of a CSEAS symposium held in 2005. Recent journal articles include, with Peter Vandergeest, “Writing Political Forests” and with Martin C. Lukas, “Transforming the Classic Political Forest: Contentious Territories in Java” in Antipode 52:4 (2020); with A.B. Purwanto, “The remittance forest: Turning mobile labor into agrarian capital” in Singapore Journal of Tropical Geography 39:1 (2018); and “Entangled Territories in Small-Scale Gold Mining Frontiers: Labor Practices, Property, and Secrets in Indonesian Gold Country” in World Development (January 2018). Her current research project on labor migration and the effect of remittances on agriculture and forest landscapes in Indonesia, a collaboration with colleagues at the University of Indonesia, New York University and the University of Hawaii, is funded by a grant from the National Science Foundation. This research is outlined in their recent article, “Circular labor migration and land-livelihood dynamics in Southeast Asia's concession landscapes” in Journal of Rural Studies 73 (January 2020).

CSEAS awarded Foreign Languages and Area Studies (FLAS) fellowships for Summer 2020 to Melissa Carlson (South & Southeast Asian Studies) to study Burmese, Jocelyn Duffy (Journalism) to study Filipino, Ngoc Mai Phan (Ethnic Studies) to study Vietnamese, and Justin Weinstock (Anthropology) to study Thai. Because of the travel restrictions imposed in the spring in response to the COVID19 pandemic, the FLAS recipients who had planned to study their languages in Southeast Asia had to change their plans. Three of these FLAS fellows are now studying their languages remotely in synchronous online classes offered by the Southeast Asian Studies Summer Institute (SEASSI), the intensive summer language program hosted by the University of Wisconsin-Madison, while the fourth student is pursuing one-on-one instruction (virtually) with a tutor.

CSEAS affiliated faculty Prof. Khatharya Um has received this year's Chancellor's Award for Advancing Institutional Excellence and Equity, presented to a UC Berkeley faculty member who has "an extraordinary record of accomplishment in advancing equity, inclusion and diversity through their scholarship, research, teaching, and public or university service." The award was announced by Chancellor Carol Christ and Vice Chancellor for Equity & Inclusion Oscar Dubón. Prof. Um is Associate Professor of Asian American and Asian Diaspora Studies in the Department of Ethnic Studies. She served as Chair of Peace and Conflict Studies for many years, now part of Global Studies, and as faculty director of Berkeley's Study Abroad Program. Her most recent book is From the Land of Shadows: War, Revolution, and the Making of the Cambodian Diaspora (NYU Press, 2015). She is a founding member of the UC Critical Refugee Studies Collective. She received her Ph.D. in Political Science from UC Berkeley in 1990.

Current CSEAS Chair Prof. Aihwa Ong has been selected to be the 2020 Social Science Research Council Fellow. Prof. Ong will be in virtual residency with the SSRC on September 23–25, 2020, when she will lead seminars and deliver a public lecture entitled "Near-Humans, Cloned Monkeys, & CRISPR Babies: Productive Uncertainty in China's Quest for Biosecurity." The SSRC Fellow initiative, which was established last year, is intended to highlight the work of distinguished scholars to strengthen research and programming in the areas of interest to the SSRC. Aihwa Ong is Robert H. Lowie Distinguished Chair in Anthropology at UC Berkeley.

Distance Learning for Burmese and Khmer, from UC Berkeley to UCLA

UCLA’s Center for Southeast Asian Studies, the consortium partner with CSEAS as a Title VI-funded National Resource Center for Southeast Asia, recently posted two articles about the ongoing collaboration between the two campuses in offering Distance Learning Khmer and Distance Learning Burmese. Both languages are taught at UC Berkeley by South & Southeast Asian Studies Department language instructors Frank Smith (Khmer) and Kenneth Wong (Burmese), but can accept students from UCLA as well, who attend remotely (even before all campus instruction went online!). The Khmer classes are also open to students at UC Irvine. The instruction of Khmer is partially supported at UC Berkeley by the consortium’s Title VI federal grant, while the Burmese language course is fully supported by these federal funds.

Online lecture: Lessons from the 1918 Flu Pandemic in India and Indonesia

UC Berkeley’s Office of Resources for International and Area Studies (ORIAS) has been hosting a regular series of online presentations for K-14 educators about world responses to the COVID-19 pandemic. A presentation in early April, by Prof. Siddharth Chandra from Michigan State University, covered the 1918 flu pandemic in India and Indonesia, which saw high death rates and waves of transmission. The presentation is available now online as a video link or as a slide deck for download. ORIAS is supported by the eight Title VI- funded National Resource Centers at UC Berkeley, including CSEAS.

Lisandro Claudio has recently joined the UC Berkeley faculty as Assistant Professor of South & Southeast Asian Studies. He received his Ph.D. from the University of Melbourne. He was on the faculty of De La Salle University in Manila prior to his move to Berkeley. His research focus is on modern history and political change in Southeast Asia, specifically in the Philippines. His publications include Taming People's Power: The EDSA Revolutions and their Contradictions (Ateneo De Manila University Press, 2014) and Liberalism and the Postcolony: Thinking the State in 20th-Century Philippines (National University of Singapore Press, 2017), which won the Association of Asian Studies George McT. Kahin Prize in 2019 for distinguished work beyond a scholar’s first book.

To help limit the risk of the novel coronavirus (COVID-19) to our campus, community, and guests, the Center for Southeast Asia Studies has canceled all events that were planned to be held on the UC Berkeley campus through the end of the spring semester.

The UC Berkeley-UCLA Southeast Asian Studies conference, "Ethnic and Community Identity in Southeast Asia", scheduled to be held at UCLA from April 24-25, 2020 has been postponed until the fall.

February book event highlights the reprinting of "Tikim", a seminal work on Philippine cuisine, in a series edited by Prof. Catherine Ceniza Choy

CSEAS core faculty Catherine Ceniza Choy is the co-editor, with Judy Tzu-Chun Wu, of the Brill book series Gendering the Trans-Pacific World. The latest volume of their book series is a much anticipated reprinting of the seminal book on Filipino food by the late Doreen G. Fernandez, Tikim: Essays on Philippine Food and Culture. The reprinting includes a new editor's preface by Prof. Choy. She was quoted in a 2019 New York Times article highlighting the legacy and influence of Doreen Fernandez on Philippine cuisine.

A book event celebrating the new publication was held on February 18, 2020, co-sponsored by the Center for Southeast Asia Studies and the Department of Ethnic Studies. The discussion featured remarks by Aileen Suzara of Sariwa Kitchen, a chef and educator who contributed the foreward to the new book; by Prof. Choy, the series editor; and by Diana Halog of the Filipina Food Lab.

Mu Sochua gave a CSEAS-sponsored talk on campus on October 30 on the role of women in Cambodian politics. Sochua is the Vice-President of the Cambodia National Rescue Party (CNRP) in charge of Foreign Affairs and Public Relations. Formerly, she served as Minister of Women and Veterans' Affairs in Cambodia’s coalition government from 1998 to 2004, and was also a member of Cambodia’s National Assembly, representing Battambang. Sochua left Cambodia in 2017 following a crackdown on opposition leaders and civil society, and the forcible dissolution of CNRP by the Hun Sen government.

In her ministerial work, she mobilized 12,000 women candidates to run for commune elections, with over 900 women winning and still actively promoting the women's agenda at the grassroots level. She helped create and pass the Prevention of Domestic Violence Bill, which imposes severe penalties on marital rape and abuse of minors. Her work in Cambodia also includes campaigns with men to end domestic violence and the spread of HIV/AIDS; working for the rights of female entrepreneurs; working for labor laws that provide fair wages and safe working conditions for female workers; and working for the development of communities for squatters with schools, health centers, sanitation, and employment.

Mu Sochua is currently a Board Member of the ASEAN Parliamentarians for Human Rights.

She received her Masters in Social Work from UC Berkeley’s School of Social Welfare in 1981, and was the recipient of the Elise and Walter A. Haas International Award from UC Berkeley in 2006. In 2015, Sochua was honored as Alumna of the Year by her undergraduate alma mater, San Francisco State University.

The talk was co-sponsored by Gender & Women's Studies, the Center for Race & Gender, and Asian American and Asian Diaspora Studies.

Prof. Aihwa Ong is the new Chair of the Center for Southeast Asia Studies, following Prof. Pheng Cheah who has completed his five-year term. Prof. Ong will serve as CSEAS Chair until June 30, 2020, when she will be succeeded by Prof. Nancy Lee Peluso (Environmental Science, Policy & Management).

UC Berkeley's Department of Anthropology has announced a new faculty hire effective July 2019. Dr. Daena Funahashi is a medical anthropologist who studies mental health, sacrifice and addiction in Finland and Thailand. She received her Ph.D in Anthropology from Cornell University. Before joining the Berkeley faculty, she was Assistant Professor of Anthropology at Aarhus University in Denmark.

Four UC Berkeley graduate students working on Southeast Asia-related topics have received 2019 IEAS graduate fellowships. Natalia Duong (Performance Studies) will conduct research in Vietnam and the U.S. about cultural perspectives towards the effects of Agent Orange and Caleb Ford (History) will conduct research in France about the mapping of the Sino-Vietnamese frontier, while Rina Priyani (Architecture) and Trude Renwick (Architecture) will be finalizing their dissertation research on, respectively, colonial and postcolonial urban issues in Bandung, Indonesia and modern transformations of commercial space in Bangkok, Thailand.

Khmer language instructor Frank Smith, in the Department of South & Southeast Asian Studies, has set up a website about his classes. These classes are also open via Distance Learning for enrollment by students at UCLA and UC Irvine.