The Center for Korean Studies (CKS) is a unit of the Institute of East Asian Studies at UC Berkeley. The Center is one of the nation's most active academic centers for the study of Korean humanities and social sciences. Our goal is to use the academic resources of the University of California to promote broader understanding of Korea.

Originally part of a combined Center for Japanese and Korean Studies, an independent Center for Korean Studies was established in 1979 in recognition of Korea's growing importance in world affairs. Today, the Center sponsors academic colloquia, conferences, seminars, and other events while building ties between institutions of higher learning, research institutes, and governmental and business organizations in Korea and the United States.

The Center also supports scholars conducting research on Korea through its Visiting Scholar Program. Distinguished scholars and intellectuals, including individuals from public service and NGOs in addition to faculty members from universities, visit Berkeley and contribute to the intellectual life of the Institute and the Center. Major financial support from the Academy of Korean Studies and Samsung helps to support visiting scholars, lecturers, student fellowships, faculty research, and publications. 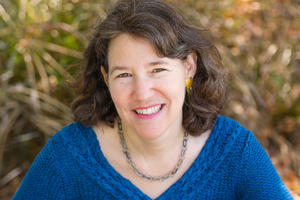 Korea is the most exciting place to study just about any issue in contemporary politics, society and culture. It’s admittedly a subjective opinion, but one I’m ready to defend.

In modern history, Korea has experienced colonial domination and national division, military occupation, civil war, and -- in the ROK -- military dictatorship followed by more than three decades of electoral democracy, while in the DPRK a three-generation autocratic dynasty has maintained control even as the communist world has shrunk to near nonexistence. The South Korean economy is among the largest and wealthiest in the world, with globally-recognized electronic and automotive brands and a reputation as one of the most internet-connected populations; fifty years ago this prosperity was unimaginable. South Korean contemporary cultural productions include internationally popular films, TV dramas, and pop music, together known as “the Korean wave” or “hallyu,” as well as haunting works of literature increasingly available in translation. South Korean men and women are among the world’s most highly educated, although South Korean women face formidable gender-based disparities in pay, formal employment, and political representation. Whereas twenty years ago South Koreans considered their country to be a homogenous community, now an increasing number of families are of mixed cultural heritage. The strategic military and economic interests of China, the US, and Japan intersect on the Korean peninsula. North Korea has adapted its blend of autonomy and communism to changing circumstances, bolstering their frail economy with cyber crime successes that have funded their nuclear weapons program and have kept the society afloat. All these seemingly disparate examples articulate a dynamic social environment in which the themes of contemporary life are compressed and intensified. The pace, extent, and intensity of change in Korea illuminates processes of cultural coherence and stability as well as discontinuity. Ask almost any question, and on the Korean peninsula you can find material that will inspire you to respond in new ways to your curiosity.

Here at Berkeley, the Center for Korean Studies is a gathering place for faculty, graduate students, visiting scholars, invited speakers, undergraduates, and the public to engage with and learn about Korean topics. While in its early years CKS was focused almost exclusively on the field of political science, Berkeley’s Korean studies strengths now are distributed across the social sciences and humanities. We invite the public to join us at our frequent colloquia and public lectures; subjects range from contemporary arts to security issues on the Korean peninsula. Hope to see you there!

Every semester CKS hosts a series of colloquia featuring different guest speakers from around the country and the world. Speakers present their recent research and wrap up with a Q&A. There are typically 1-2 colloquia hosted by the Center per month while classes are in session, and they are typically held on Thursday evenings from 4:00pm to 6:00pm in Doe Library, Room 180. The colloquia series is free and open to the public.

CKS holds 1 to 2 conferences per year, depending on availability of funding. Anywhere from 10 to 20 speakers travel from around the country and the world to present their most recent research on a central theme. Conferences typically last 1-3 days on average and are usually hosted from Thursday to Saturday. The venues for conferences vary depending on the number of speakers and the needs of the particular conference. Conferences are usually free and open to the public.

With generous support from the Daesan Foundation in Korea, the Center for Korean Studies previously invited a visiting Korean writer to campus for six months each year. This program is currently on hiatus. Visit the Writer in Residence Program Page for more information.

Depending on the availability of the Faculty Chair, CKS sometimes offers a Graduate Student Seminar for current UC Berkeley Graduate Students with research focusing on Korean Studies. The seminar is personally hosted by the Chair and meets once every two weeks during the semester in the IEAS Seminar Room. The exact schedule is usually tailored according to the schedules of the participating students. Seminar participants are expected to workshop their research papers and present on their progress at least once during the semester. Participants also have the opportunity to meet in a more intimate setting with visiting speakers from the Colloquia Series.

This annual program brings together a small group of students from UC Berkeley, Seoul National University, and University of British Columbia each year to collaborate with a published Korean author or poet and produce translations of the author's work. Students are joined by faculty mentors from all three universities and come together for several days of intensive translation work during the Spring semester before presenting their final translations. Dependent on funding, a broader conference including a book signing and meet & greet with the author sometimes follows the end of the workshop and is free and open to the public.

CKS occaisionally hosts workshops on various topics for groups of visiting faculty and graduate students to present and develop papers that are currently in progress and not yet published, or published works that are now being expanded upon. Workshops typically include 5-10 participants and sometimes result in CKS affiliated publications. Workshops are typically 1-2 days long and usually hosted in the IEAS Conference Room. Some workshops are open only to participants and others are extended to be open to the public.